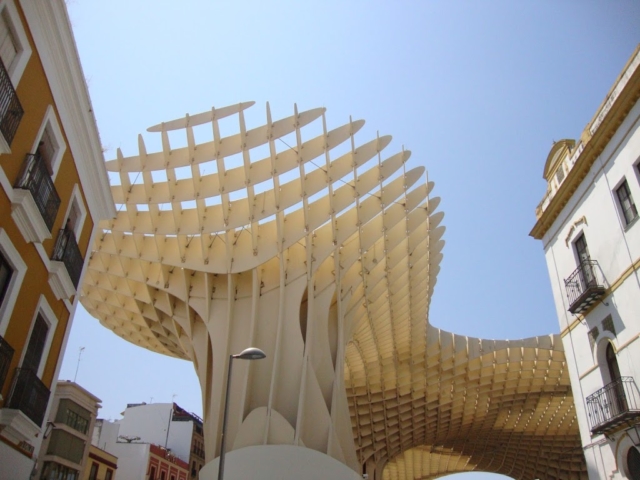 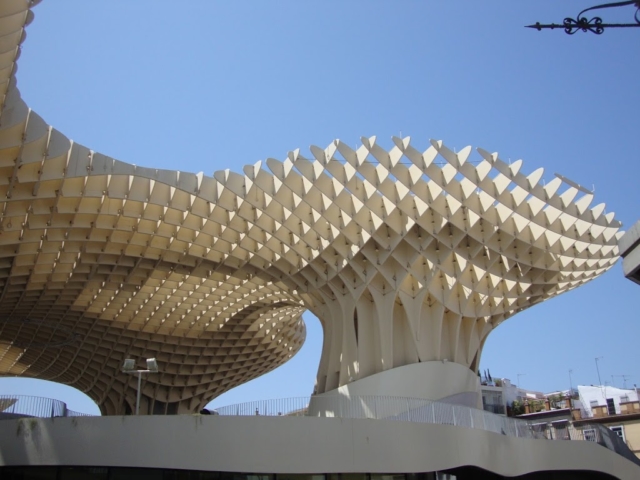 With a great view of the surroundings. 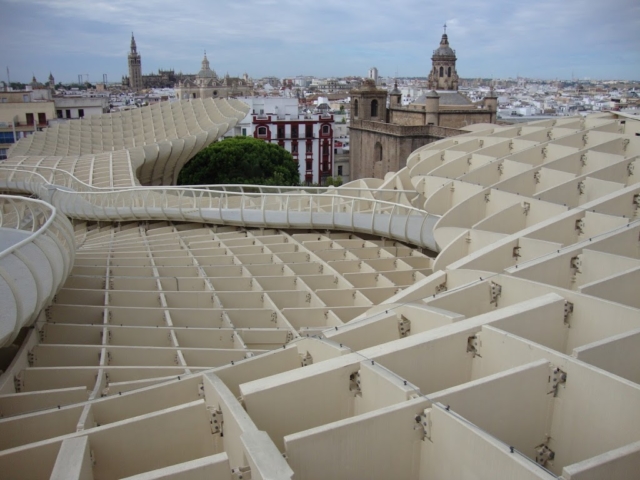 The setas (mushrooms in Spanish), or as they are officially known, Metropol Parasol in the Plaza de la Encarnación, are a giant wooden structure (yes, wood!–I was shocked when I found this out) designed by a German architect, Jurgen Mayer-Hermann.  They are quite controversial because of the amount of money they cost to build, they are built on top of Roman ruins (which are accessible in a museum underneath the structure), and half-way through construction the architecture firm realized the structure was infeasible as designed and had to be re-designed, costing the city millions more euros.  In the end they totaled around 100 million euros to build. Ouch.
Here’s the link to the wikipedia page with more info (and better photos than mine): http://en.wikipedia.org/wiki/Metropol_Parasol 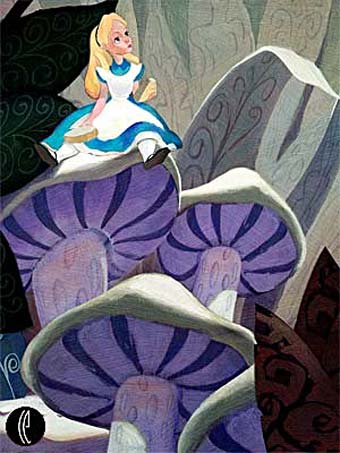 I was not a huge fan of them at first; when I was studying abroad they were still building them and the construction was quite noisy and could be heard throughout the city all day.  Someone made the point to me that with all the money they were spending they could plant giant trees and make a nice green space, which isn’t a bad argument.  However, once completed, they started to grow on me–I like the contrast they create with the rest of Sevilla.  And as far as large works of art go, I think they’re way cooler than the Eiffel Tower….