What do Ohio and Andalucía have in common?

Home/Flamenco History, Palos, Spain/What do Ohio and Andalucía have in common?

What do Ohio and Andalucía have in common?

So I moved to Ohio. Not to one of the major cities here…I moved just north of Amish Country—to Oberlin, Ohio. There are horse & buggy parking spots at the Wal-Mart down the road. Endless cornfields—so many cornfields! With this change in scenery, I can’t help but make the connection to the importance of agriculture in Andalucía and hence, flamenco.

Flamenco came into existence in Andalucía, a region of Spain that has historically been dominated by agriculture.

An entire family of styles exist within flamenco based entirely on farming songs—the cantes campesinos, which include trillas, aceituneras, and the arriera. Workers would sing these songs as they ploughed fields or harvested crops. These songs continue to be performed onstage now as part of the flamenco repertory, still sung libre (without accompaniment) and free of rhythm.

I think flamenco as a song of suffering and oppression exists in many people’s minds. An agrarian way of life may be a different kind of suffering—the toiling of the land to produce food takes a tremendous toll on the body. It’s no wonder Andalucían farmers passed the time, expressed their hardships, or let go of the day’s work with song and dance. That’s true for many cultures across the world. Not to romanticize such lifestyles, but I think it’s a side of flamenco that gets easily forgotten…

And many flamenco verses outside the cantes campesinos, sing about agricultural topics.

The cantes campesinos were “flamenco-ized,” especially toward the mid-20th century. After the Spanish Civil War, many people turned temporary agricultural jobs as little industry remained in Spain. Many gitanos worked on farms and worked the land. While watching El cante bueno duele, María Bala, a flamenco singer, recalls her memories of working on a farm, and always finishing a hard day’s work with flamenco singing and dancing, something she has in common with many flamenco artists.  (https://www.youtube.com/watch?v=sy1CON72lac interview begins at 22:00)

Questions that come to mind in thinking about the agricultural connection: How has the industrialization of farming made these songs die out? How come they are so rarely heard today? And how did these songs become part of the flamenco lexicon?

Guess I’ll be reading this over the next few days (a dissertation on the cantes campesinos from Carmen Malpartida Corrales at the University of Sevilla):

Here is a common trilla with a very rough translation:

Of the wheat,
And on the mare
Go on
put the cowbell

Listen to the trilla here:

Driving by the Huron, OH county fair the other day, I noticed all the RVs parked on the edge of the fairgrounds. People who had come from all over the region to celebrate the fair. Sound familiar? Most of the fairs in Andalucía originated as agricultural fairs—where livestock and produce was shown off. Nowadays, the spring fairs in Spain have become much less centered around agrarian traditions. 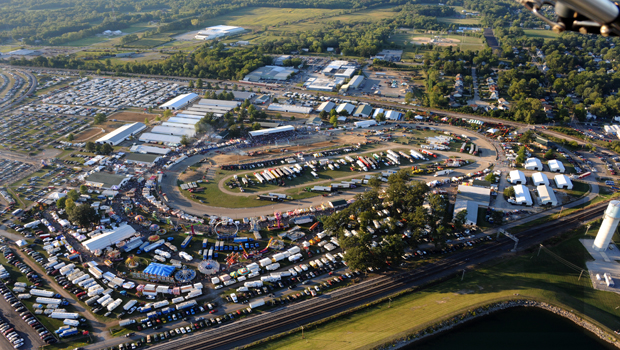 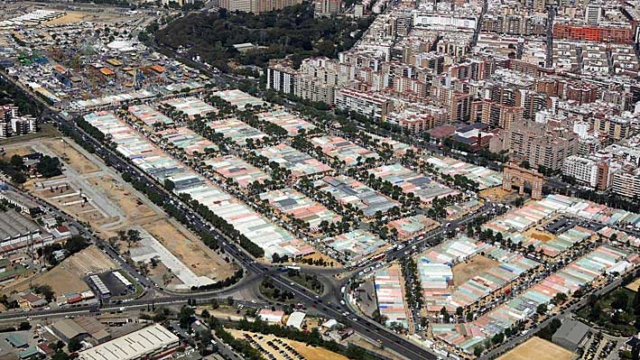 The top picture is the Lorain County Fair in Ohio and the bottom picture is the Feria de Sevilla. Somehow the RVs/campers all lined up don’t seem like such a far cry from the casetas all lined up on the streets of the fairgrounds in Spain. Just replace the Cruzcampo with Bud Lite and the horses with pick-up trucks…And then of course country music instead of Sevillanas and Rumbas (maybe an analysis of the similarities of those two genres is in store, though that would require a great deal more research).

Maybe in moving to Ohio, I’ve gotten closer to flamenco in a way I definitely would never have expected… 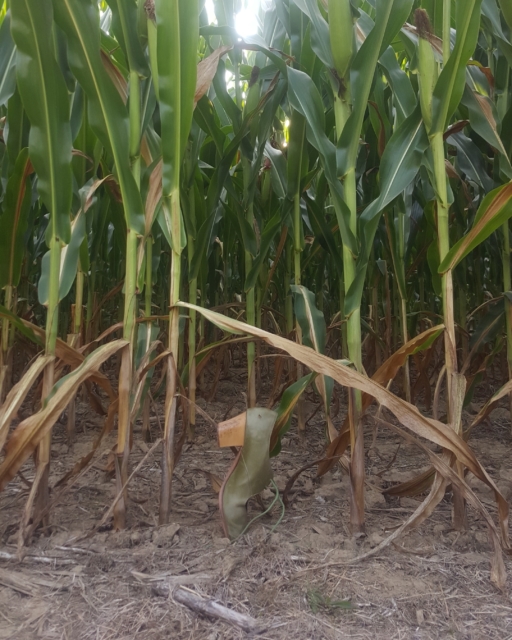