The curtain rises and Isaac steps into the pool of light downstage in silence. His feet graze the floor as his sharp turns signal the beginning of Mujeres, the first piece in the show. Gaspar’s guitar begins with a slow sort of cooing and the singers join in with a soft melody. That’s my cue to walk on stage embracing the red bata de cola (dress with a train) in my arms. I carefully drop the bata on the floor and begin to spin in and out of the dress’s heavy ruffles….But there’s a lot that goes on in the hour or so before those opening moments. And it’s a lot more than caking on makeup and doing some stretching; there’s a lot that goes into a pre-performance ritual.

I think warming up includes getting focused, i.e. getting mentally prepared and emotionally prepared, along with getting the muscles ready to go. Even going through the same steps to put on make-up has its ritualistic aspects, as it is nearly the same every show and that simple and necessary act becomes part of the pre-performance routine that focuses the mind and body.

The first performance this season, I couldn’t seem to remember what my preparation process had been last tour. Did I warm up my body first and then do make-up or vice versa? Did it matter? It took me a couple shows to get back into the groove of my pre-performance rituals. And the key word there is my–every dancer has their own process to get ready and get focused. And it changes every day; some days I need to stretch more than others, some days I need more of a flamenco technique warm-up; sometimes I do a contemporary dance warm up or a ballet barre. Sometimes my muscles are crying for a massage and not a movement heavy warm up. As far as the physical part goes, I have to listen to what my body needs to ensure I prepare it for all the dancing.

Another dancer in the company often does what she calls a “liquid warm-up” which basically includes putting Tiger Balm on all her sore muscles and doing dynamic stretches (stretching while moving).

As for the mental/emotional, it’s often tied in with the physical warm up–going through the same warm up routine and listening to my breathing focuses the mind for me. I’ve known dancers who say a sort of chant or meditate, and many dancers that say a prayer before they go onstage. Wether you’re religious or not, that functions to center your mind and remind yourself of the bigger reasons you dance, beyond that particular show. I also run through the pieces in my head as quickly as possible, thinking through what it feels like to do the movements.

Some days you need to get yourself pumped up for the show–dancing, singing, or jumping around. Sometimes it’s the opposite–sometimes it’s finding a way to calm the nerves. Last season I would always put on a dab of lavender oil to calm my nerves. And breathing–if I’m nervous, square breathing focuses my mind and calms my nerves.

And then there’s the uncontrollable factors. On this tour, Carlos comes into the ladies’ dressing room for hairspray and gel and then styles his hair with my comb and brush. It’s become part of the pre-show process. It’s only been a few shows, but I feel like if he actually does buy his own hairspray like he keeps saying he will, something will be missing when he doesn’t come in to make silly conversation and learn some english as he combs back his hairs as if he were Elvis. 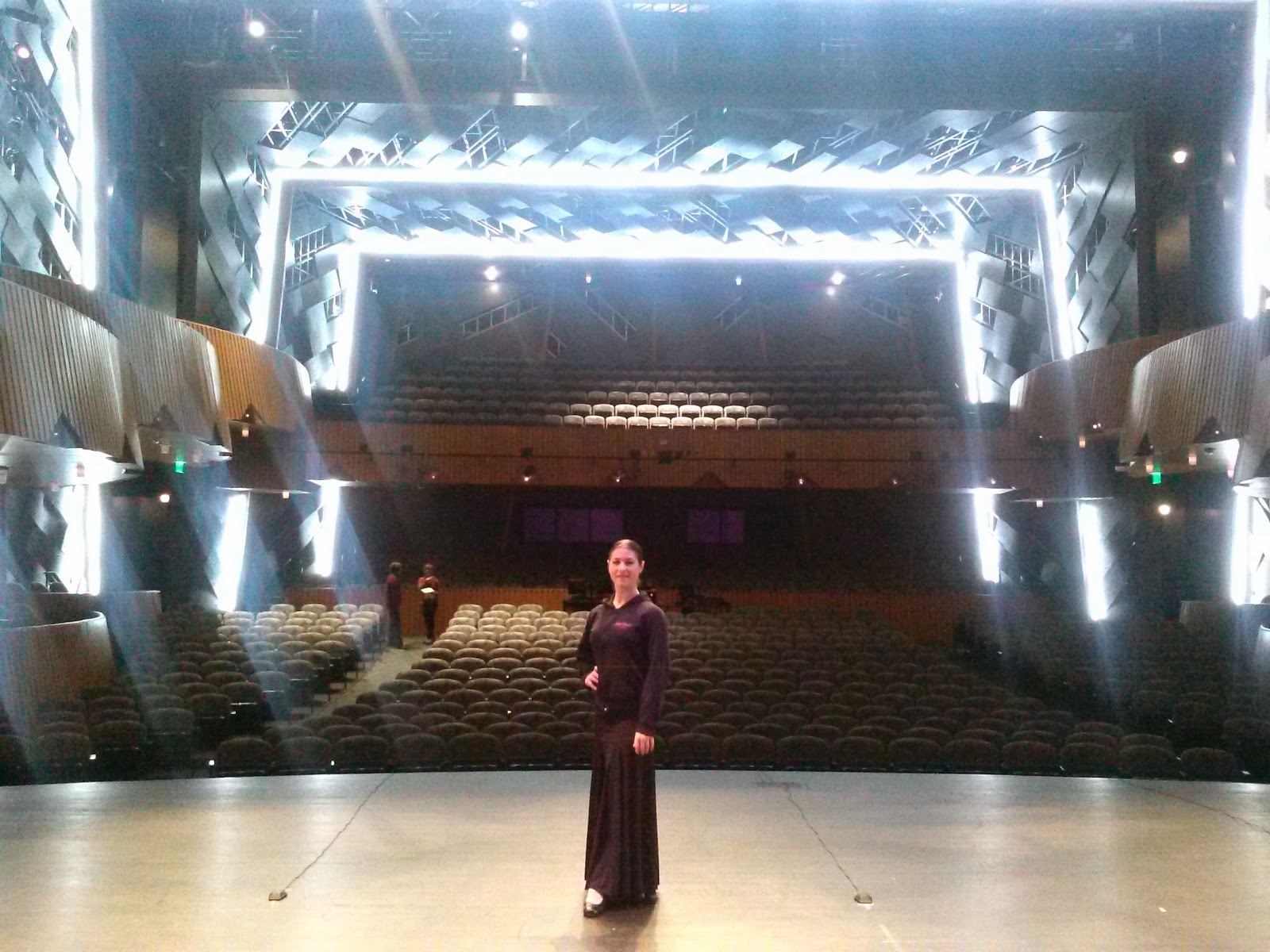 I’m not particularly superstitious when it comes to pre-show happenings. But now that I think of it, there’s a theater in Albuquerque, The Kimo Theater, where there is a shrine to a boy who died in the theater, and if you leave something there the myth is your performance will go particularly well. When I’ve performed there I always leave something–just a hairpin or something small, and I’ve been happy with my performance. It’s sort of like a placebo effect, it’s all in your head, but even so it’s a game of mind over matter, so whatever works flies with me. 😉

Usually the last word exchanged before a piece begins is mierda, which literally means “shit.” I don’t know why we say that in flamenco, but it’s our way of saying good luck…here’s to wishing all the performers out there mucha mierda.