Had you told me 15 years ago the dancer who is now Sugar Plum would have that role someday, I would not have believed you. As I have done most years since age ten, while home for the holidays, I danced in Patricia Dickinson’s Nutcracker. There’s just a few of us still dancing that started then, and it’s not the people I would have expected. The ones who have persisted, we weren’t the ones given leading roles growing up. 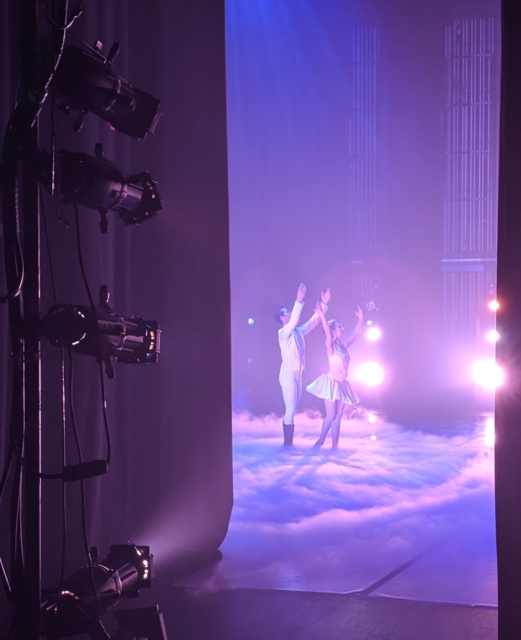 Ah yes, Nutcracker casting—it can break young dancers’ hearts or make their year. And when we’re that young, we don’t have the foresight to see how many years of study, of persisting, of living, and growing, it takes to become Sugar Plum (or Spanish flamenco) and to make the most of whatever role we’ve been given. And as this stunning Sugar Plum mentioned in the dressing room, when you have to work for something, it’s worth so much more, and as I watched her from the wings, I saw her savor every moment and every note onstage.

Developing into a dancer takes time. Lots of time. And it can’t really be rushed—dance skills, both in physical technique and mental capacity take time to develop.

At the Butoh Next conference, I took a workshop with SU-EN, a butoh performer and teacher, who studied and performed for many years. More on her here: https://www.suenbutohcompany.net/method-and-workshops/su-en-butoh-method-policy/ She was given a stage name, in her coming out as an artist, to mark that she had been accepted into the butoh world. You didn’t just decide one day you were a butoh dancer, but rather, after years of training and mentorship, she became accepted into the butoh world, and that entrance was marked by a performance. As a teacher, she only gives certificates of study to pupils that complete the several year training. Why? Because it takes time to develop the skills in your body. Not just time, but consistency and conscientious work, and work with a teacher or mentor who can lead you so that the time is not wasted, but spent in constant growth to gain a deep understanding of the method.

I’ve noticed in my yoga, that my movement has transformed. I have strength and flexibility more than I could have imagined. I practiced yoga for a while on my own, without a teacher, and my progress went at a snail’s pace. Now, with a good teacher, and the ability to attend class regularly, I have improved so much faster. I walk differently, I breathe differently, and (most importantly), I have noticed a difference in my dancing and teaching. It couldn’t have happened in a month, or even 6 months—it’s been a year and a half of regular yoga practice. And now, doing a yoga teacher training, it’s understanding the logic behind this method of yoga. That’s what you get when you study with someone for a long time, not just the movement transformation, but also the understanding of the logic that underpins their approach, whether directly through it being stated, or more implicitly, an embodied understanding of why they developed the method as they have—not the outward shapes (or sounds), but understanding the process and content (the logic) that has given way to a form. And therefore, a form that looks different on each person.

So, that brings me to workshops and masterclasses in our instant-gratification world. To say you’ve studied with someone, to list them in your bio, on your resume—what is enough time for that? If you took a 2-hour workshop, is that enough, even if it truly changed your outlook or improved a crucial aspect of your dancing? Is a summer of study every day for 6 weeks enough? What does it mean to study with someone? And what can really be accomplished in a workshop or even a masterclass, taking into consideration the time it takes to develop movement skills?

How much can you really change from a few hours with a teacher? A good masterclass teacher is able to show their underlying concepts and give exercises to work on those concepts in such a way that your perspective can shift in a short amount of time. Maybe they even point out an important part of your technique that you correct in the workshop. Change is possible—but if the material gets discarded after the workshop, i.e. not studied and incorporated by the dancer after the workshop, then it is lost—time, again, is needed to embody a new skill or understanding.  Nowadays, everyone gets a certificate that they took a workshop with so-and-so, they take a photo at the end of the workshop holding up the certificate…You can take a workshop with someone, but that does not necessarily mean you’ve come to understand their approach, much less incorporated it into your movement and style.

So, how can one acknowledge the time, the understanding, that goes into studying with someone—and the difference of short vs. long term study? More than anything, it shows up in the way you move, the way you teach. Listing names in your bio or CV doesn’t matter; movement in the body does not lie.

In flamenco, this often means each individual’s style is an amalgamation of many of their teachers—good habits, styles, and even quirks get passed down, along with approaches to movement. To understand why a teacher dances the way they do, how they move, not just to imitate them, but to embody their movement, and then take what you want from them and leave what you don’t—that’s another step along in the process—to create one’s one style, only from conscious decisions and from an understanding of the relationship between content and form.

I wish every young dancer knew the value of persisting, that a rejection is just a small stone in the path, and not a reason to turn around or stop. Continuing to grow, for themselves, for their artistry…their moment will come, as long as they persevere, study, incorporate what they learn—each day a small step forward. In dance, I believe slow and steady work leads to a fulfilling, not to mention safe and healthy, career.